A Brief History of Anesthetics

Anesthetics have been used for thousands of years. In fact, the first recorded use of anesthetics was actually in the ‘pre-history’ era, an era of human history predating written text.

In the pre-history era, anesthetics were herbal in nature. Opium poppies are known to have been harvested as early as 4200 BC, and these plants were farmed first in the Sumerian Empire. The first recorded uses of anesthetics containing opium preparations was in 1500 BC, and by 1100 BC, civilizations in Cyprus and other locations were farming and harvesting the plants.

Opium poppies were introduced to India and China in 330 BC and 600 to 1200 AD, respectively. Other types of herbal anesthetics were in use in China during this era as well. In the second century, the Chinese physician Hua Tuo is known to have used an anesthetic derived from cannabis to perform abdominal surgery.

In Europe, Asia, and the Americas, several other ‘solanum’ plant species were used as anesthetics, including mandrake, henbane, and several datura species. Each of these contains a potent tropane alkaloid. In the classical Greek and Roman eras, prominent figures such as Hippocrates and Pliny the Elder noted the uses of opium and solanum-containing plants. In the Americas, the leaves of the coca plant (from which cocaine is derived) were an often-used anesthetic. This was applied by Incan shamans who would chew coca leaves and then spit the leaves into wounds to administer a local anesthetic.

Herbal anesthetics of these types were widely used for several centuries; however they were not without drawbacks. One of the main problems with the use of herbal anesthetics was in administering the right dosage-too little would have no effect, and too much often killed the patient. Standardization of anesthetics was difficult, but was achieved to a certain degree prior to the nineteenth century by categorizing anesthetics according to the location in which anesthetic plants were grown.

The Discovery of Morphine

In 1804, a German pharmacist named Friedrich Wilhelm extracted morphine from the opium poppy, and named the compound ‘morphium’, for the Greek god of sleep and dreams. However, morphine was not widely used for nearly fifty years. In 1853, the hypodermic needle was developed, and thanks to this new method of administration, the use of morphine increased substantially. Morphine was then widely used as an anesthetic.

In 1874, a morphine derivative called diacetylmorphine-commonly known as heroin-was developed. Nearly twice as potent as morphine, heroin was marketed for a short time by Bayer, starting in 1898. However, it was just 16 years later in 1914 that the possession of morphine, heroin, and cocaine without a prescription was outlawed in the US due to the highly addictive nature of these substances.

Oral and inhalant anesthetics were utilized historically by Muslim anesthesiologists, and the use of these preparations was well known in the Islamic Empire. Several hundred surgical operations were performed which used sponges soaked in narcotic preparations, placed over the face of the individual undergoing surgery.

In the Western world, the development of inhalant anesthetics, along with the use of sterile surgical techniques developed by Joseph Lister, was one of the main keys to performing successful surgery in the nineteenth century.

The anesthetic properties of nitrous oxide were first noted by Humphry Davy, a British chemist, in a paper published in 1800. However, it was not until several decades later in the 1840s that nitrous oxide became more widely used. One of the first successful uses of the gas for painless tooth extraction was carried out by American dentist William Thomas Green Morton, in 1846.

During the same decade, an inhalant anesthetic called diethyl ether was also used for tooth extraction. Diethyl ether was originally synthesized by German physician Valerius Cordus in 1540; however it was not until the 1840s that the first public demonstration of the use of ether occurred. A decade earlier, in the 1830s, chloroform had also been developed. This became more popular in Britain, but even so the dangers of both ether and chloroform were well-noted.

Modern anesthetics are of two types: general and local anesthetics. Local anesthetics include substances such as lidocaine and procaine. These work by preventing transmission of nerve impulses in the area where the anesthetic is administered. General anesthetics, on the other hand, are more similar in nature to nitrous oxide in their method of delivery, and in fact this inhalant anesthetic is still in use. Inhalation anesthetics are usually fluorochemicals (isoflurane, sevoflurane and desflurane) that have much lower flammability than diethyl ether, thus they are much safer to use in the operating room.

Previous 7 Ways To Conquer Acne
Next A History of Cosmetics, Part 1 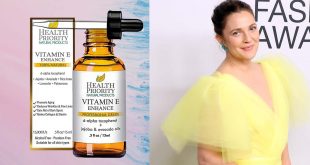