In case you missed it, the 2018 Met Gala was held on Monday night, and celebrities turned out their best “Heavenly Bodies: Fashion and the Catholic Imagination”–inspired looks. Gigi Hadid channeled “Sunday Best” attire with a stunning one-shoulder Versace dress inspired by stained-glass, along with gold bobby pins, jeweled earrings, and clutch to really set off the look. Though the ever industrious Insta-girl also had something on from her growing empire. Gigi used her red carpet moment to debut her new Maybelline palette that won’t be available until the fall. She kicked off her collaboration with the beauty company back in October, 2017.

Patrick Ta, Gigi’s go-to makeup artist who also works with Shay Mitchell, Ariana Grande, and more, created the romantic and glow-y look with the upcoming Soda Pop Eye Shadow Palette, according to an Instagram by the makeup company. The new palette will feature 12 shades, including blues, oranges, and purples, all of which perfectly complemented the colors of Gigi’s gown, and, according to The Cut, will include a glittery-heavy collection consisting of half cool tones and half warm tones. All of the shadows stick to the soda theme, with names like “Cherry Cola,” “Sugar High,” and “Blue Raspberry,” and they even smelllike grape soda, orange crush, and other pop flavors. But (sorry makeup lovers) it doesn’t come out in major drugstores until September. When it is available, though, the whole thing will retail for just $14. So, there was at least one thing on the Met Gala red carpet that most everyone can afford.

The eyeshadow palette wasn’t the only Maybelline makeup Gigi was wearing, either. Naturally, the model, who has been a brand ambassador for the company since 2015 even before her own signature line, also wore the Master Ink Metallic Liner in “Stellar Sand” and Color Sensational lip liner in “Dusty Rose” with Inti-Matte Nudes lipstick in “Purely Nude.” Now, if only you had Patrick Ta to beat our face with these products. Sorry, he won’t be available at your local CVS.

See the full look, below. 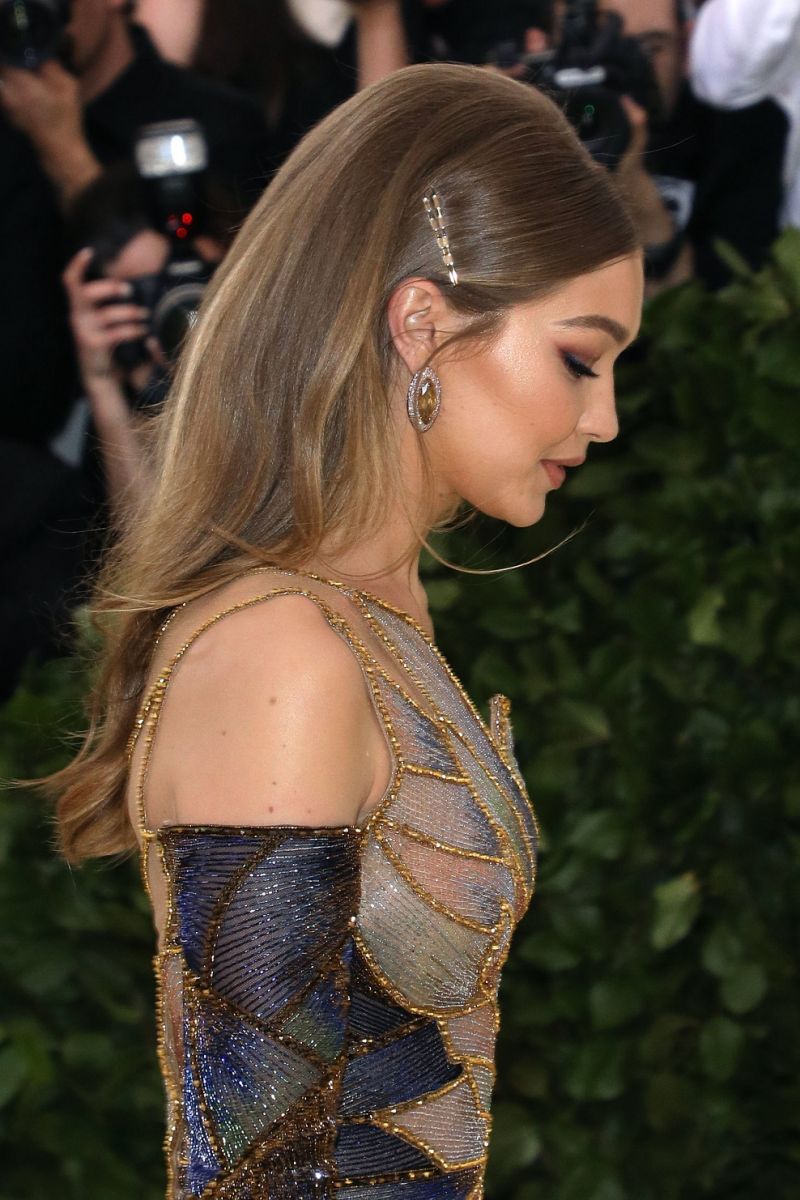 Gigi Hadid on the catwalk for Tommy Hilfiger