Avengers nail art is just one way fans are showing their dedication to their favorite heroes and villains from the Marvel Cinematic Universe (MCU) — some of which have been in our lives for over a decade. (Can you believe that the original Iron Man film was released back in 2008?)

Since the first-ever Marvel movie premiered, we have been introduced to gods, an American hero, a peculiar doctor, and even a tree that’s captured our hearts with the three words it knows how to say — “I am Groot.” Avengers: Endgame has brought together the key players from a decade of superheroism to defend the universe against the Infinity Stone-wielding Thanos. Fans of the action-packed films have never been this ready.

Before heading to the theater for a three-hour sit down, fans are bringing their A-game. Some have dressed in head-to-toe costumes of their favorite characters, while others are arming themselves with their favorite Avenger-themed products (like this collection of lip products, eye makeup, and complexion perfectors by Ulta Beauty that is adorned with prints inspired by the film). Another easy way to show your fandom is with a few bottles of nail polish.

Inspiration has been popping up all over the globe, as fans are painting their nails with images of the OG heroes, galaxies (and their guardians), and Groot — in all of its life stages. You’ll see designs that are intricate and may require more patience, along with simple flicks of a brush that make superhero-themed nail art as easy as snapping your fingers. Some have even gone as far as to paste colorful stones onto their nails that resemble the ones that sit on Thanos’s knuckles.

Ahead, see some of the most amazing Avengers-themed nail art ideas. Remember — the universe is at your fingertips. 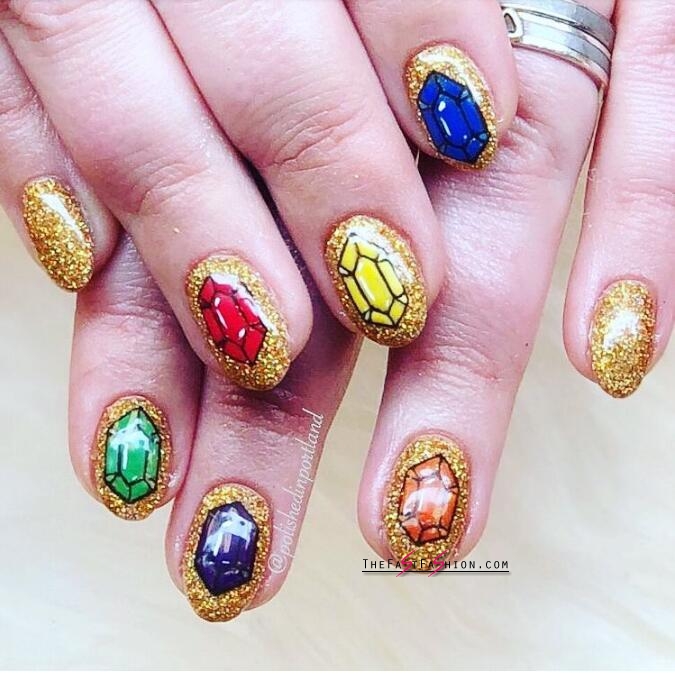 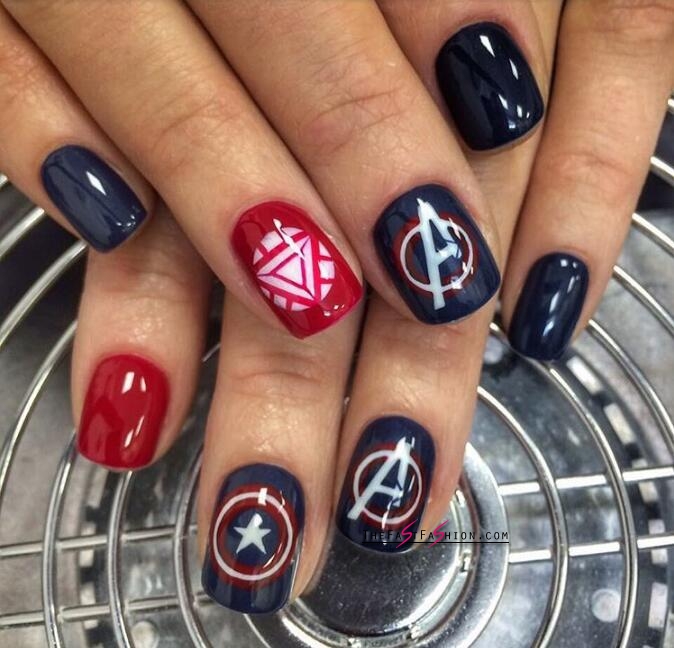 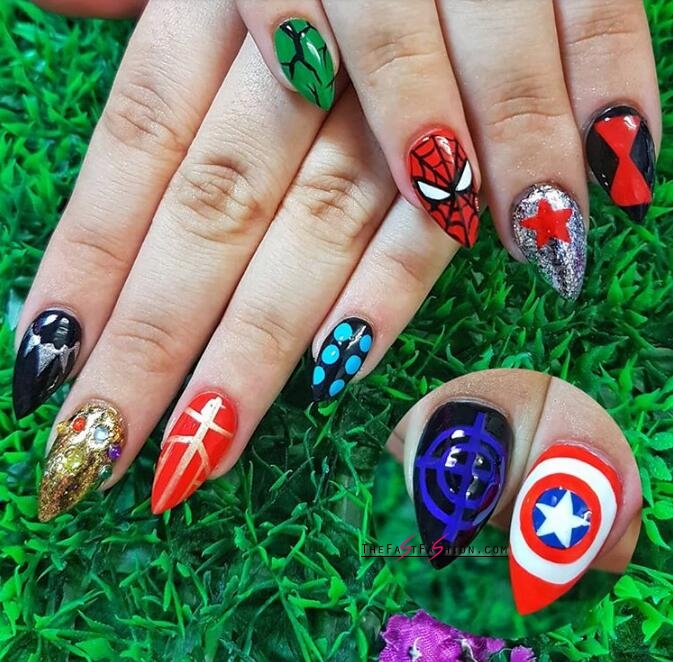 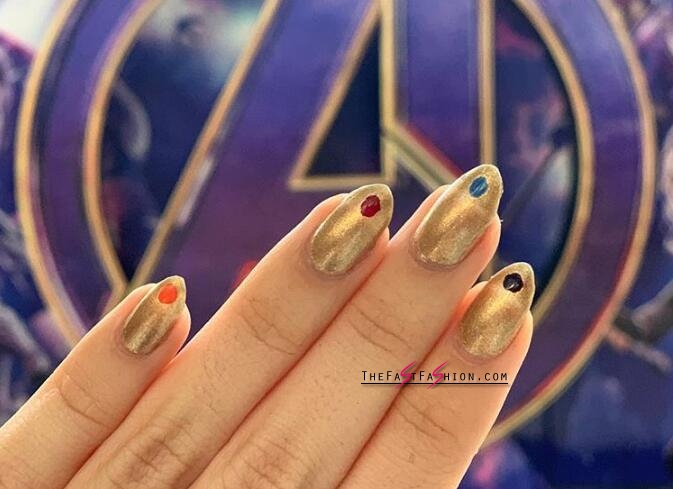 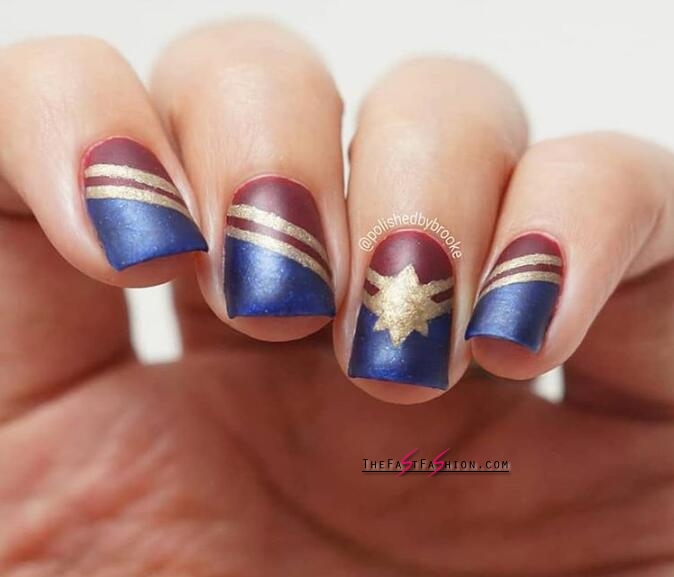 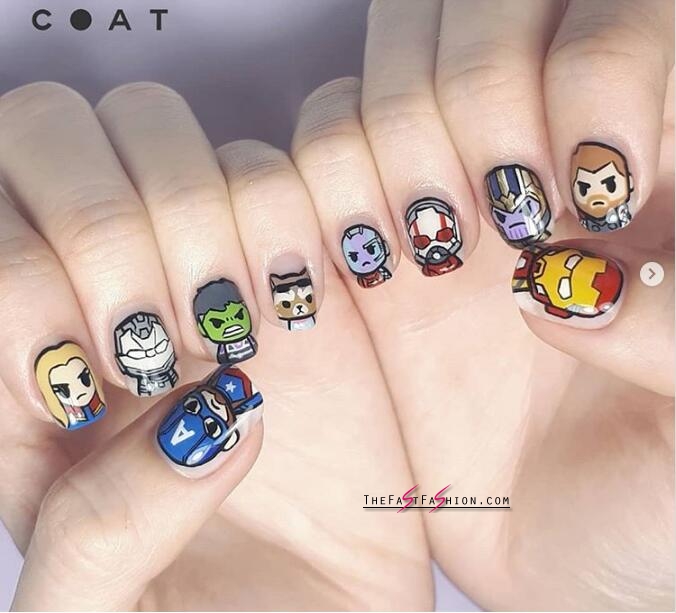 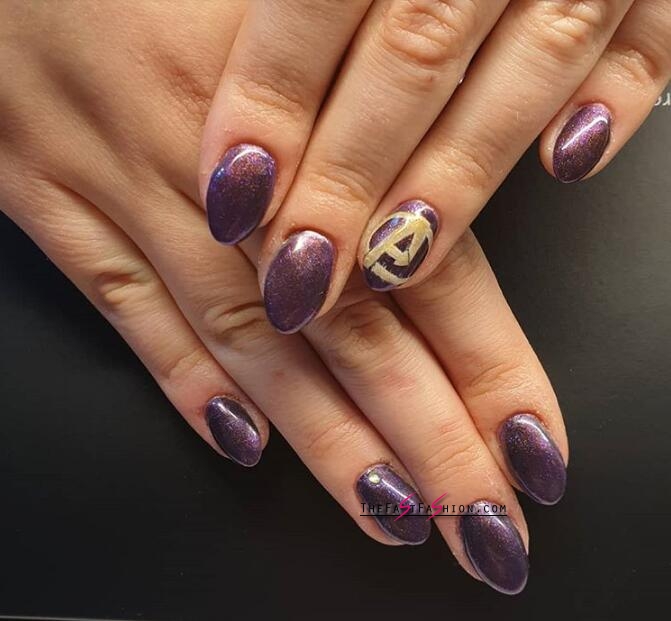 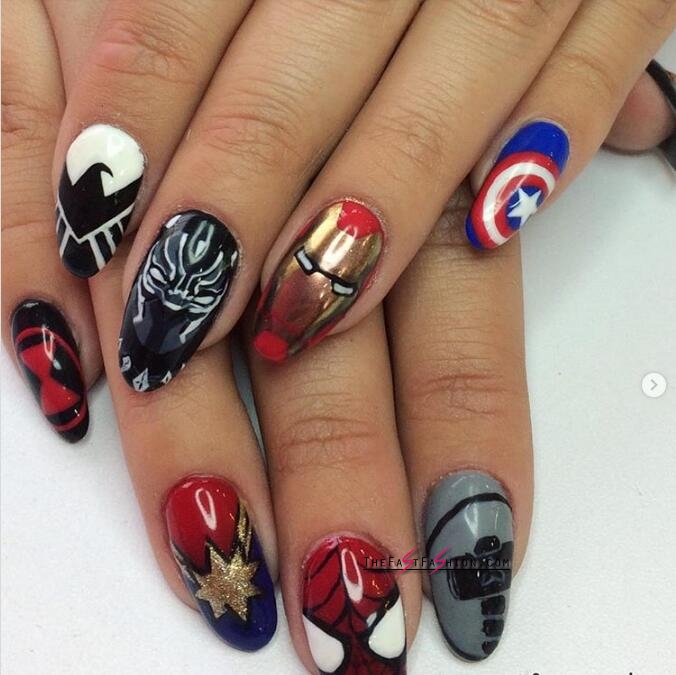 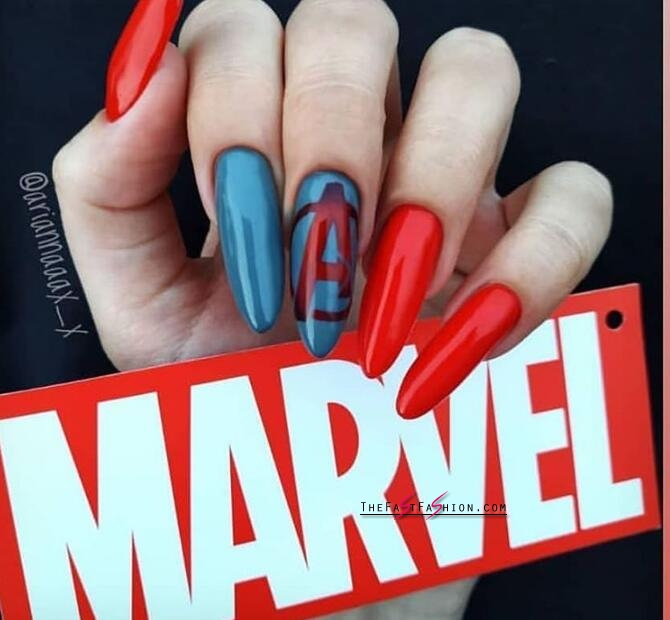 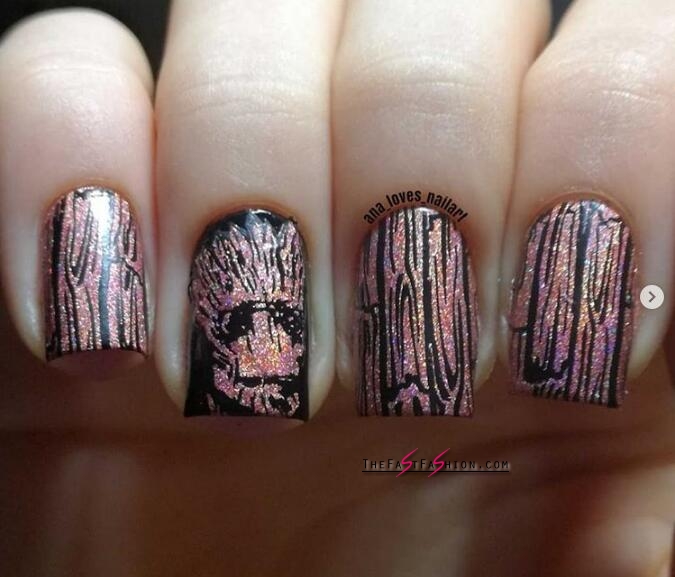 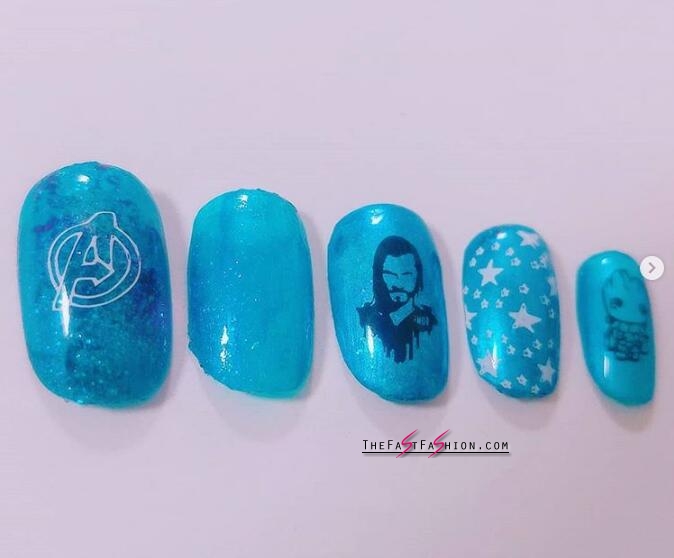 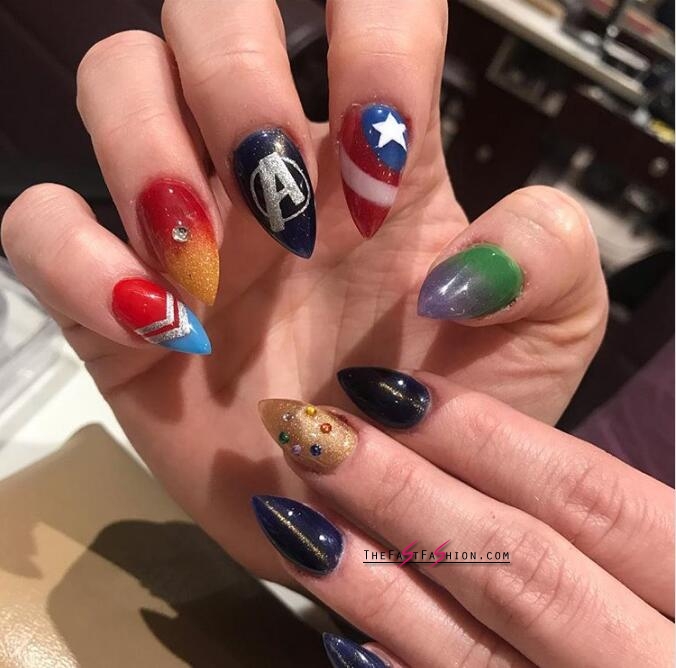 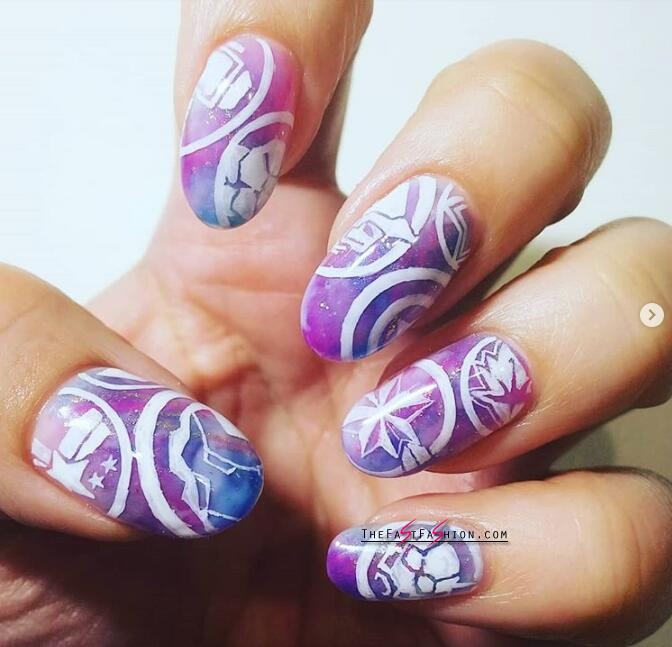 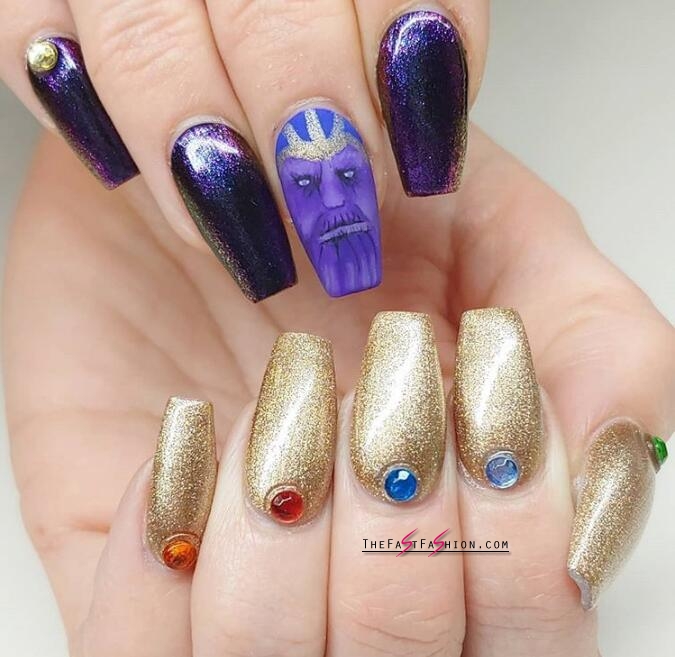 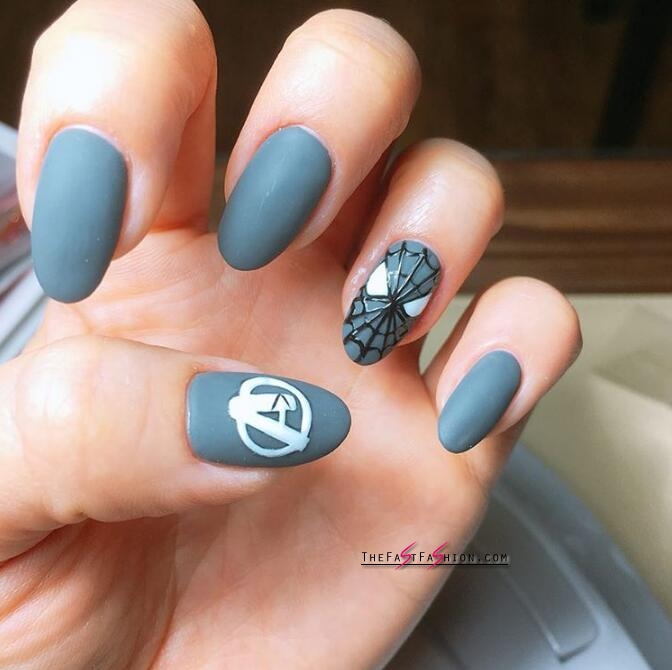 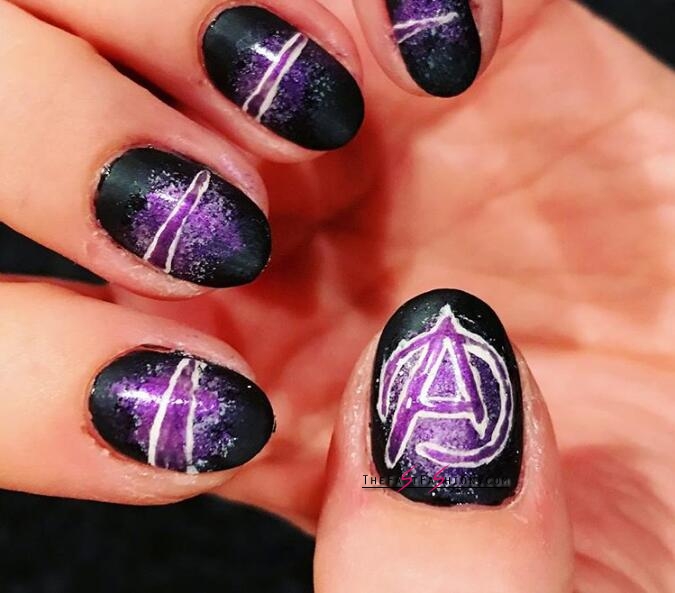 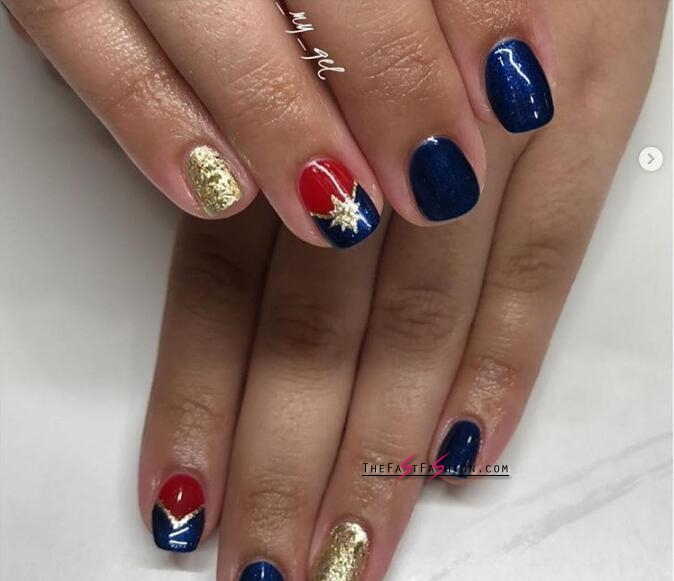 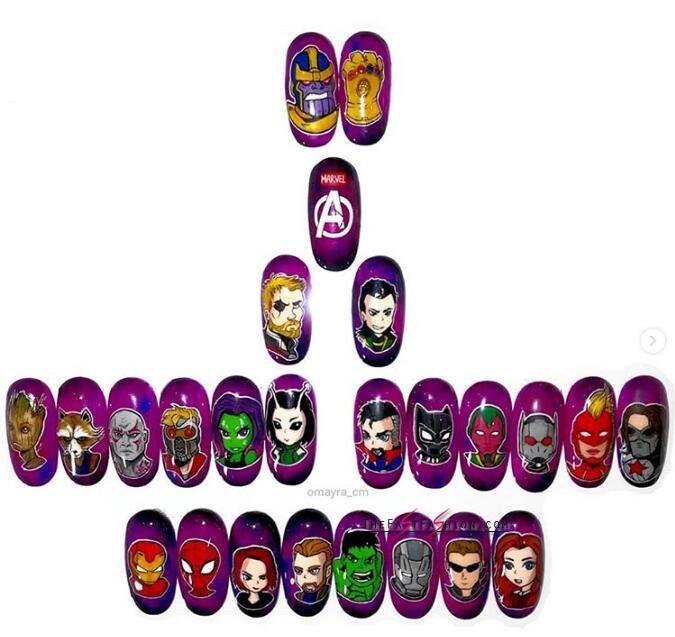 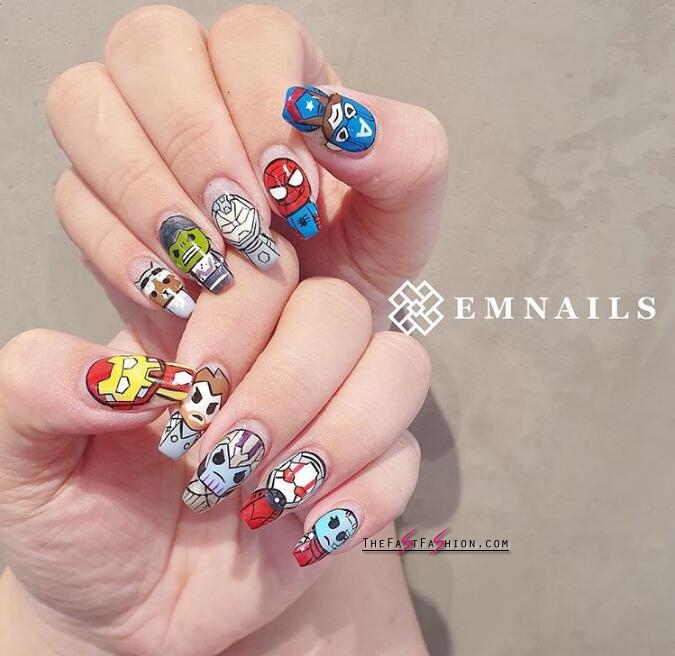 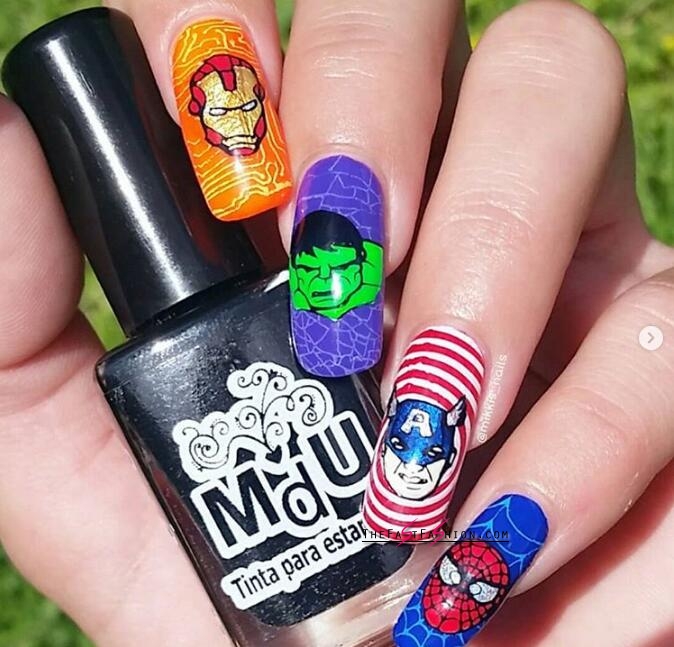 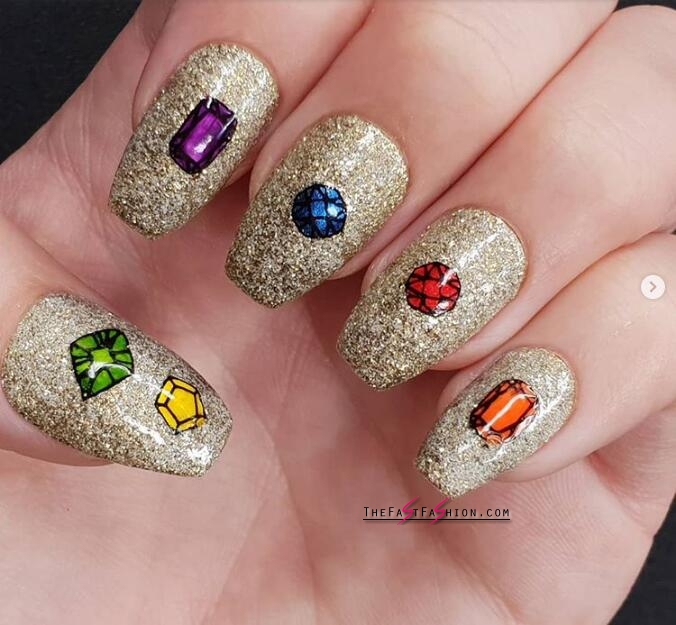 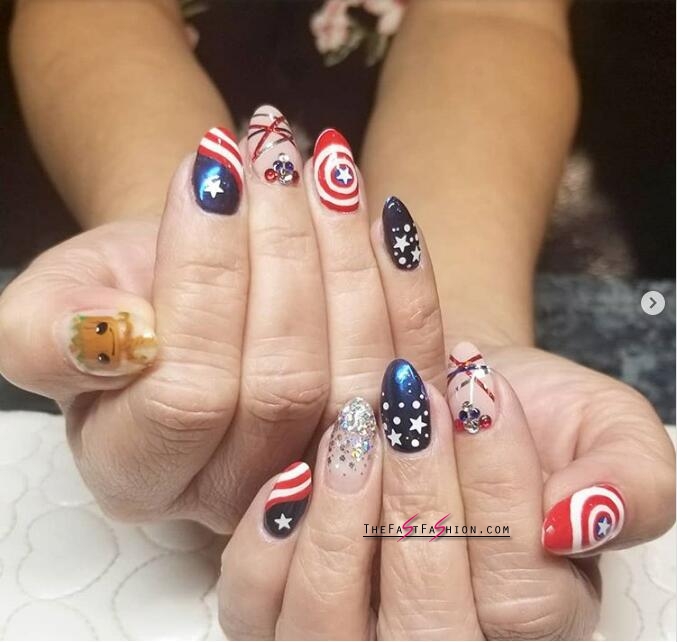 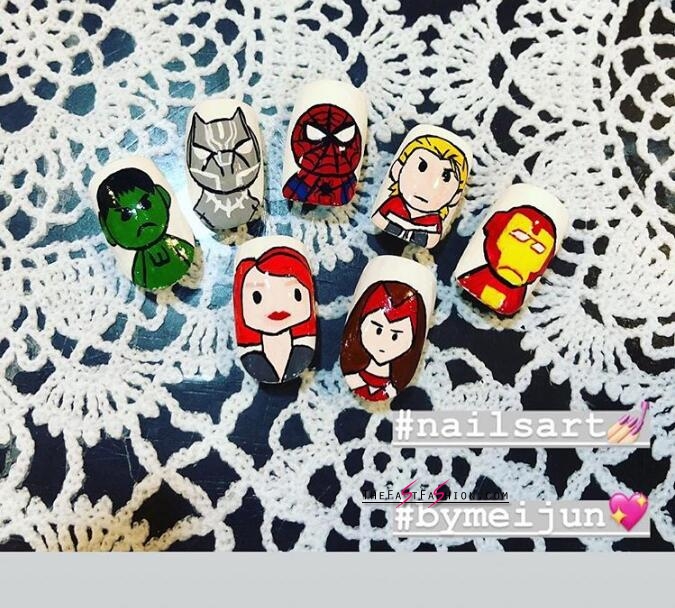 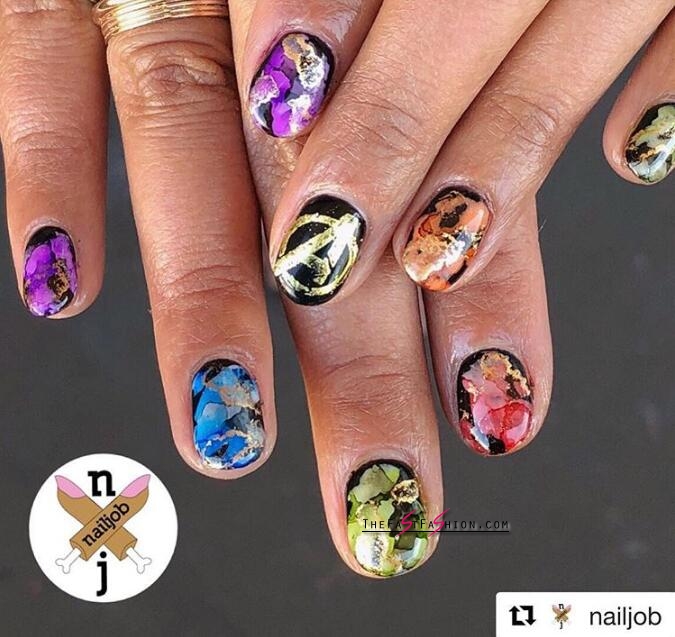 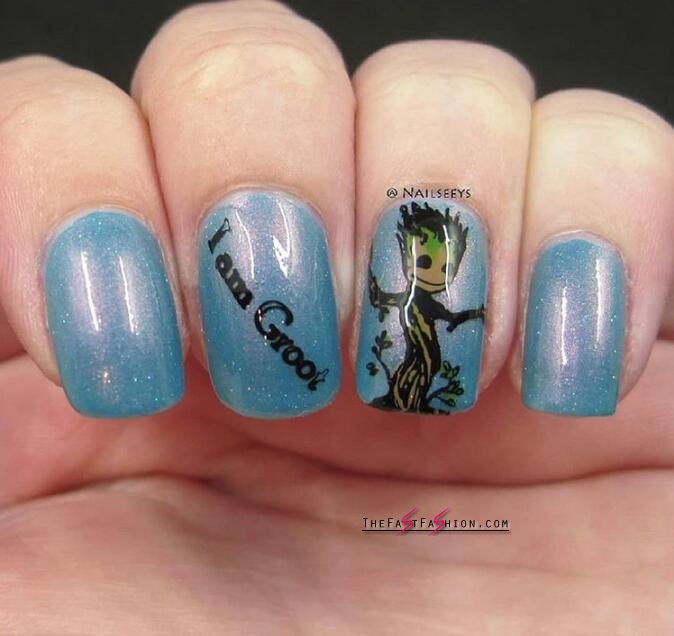 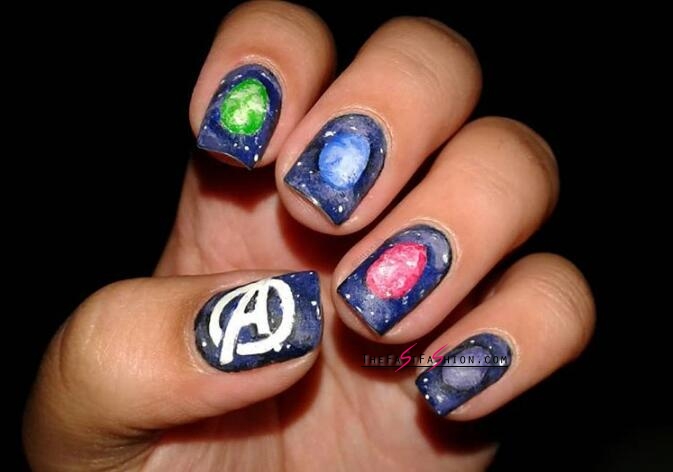 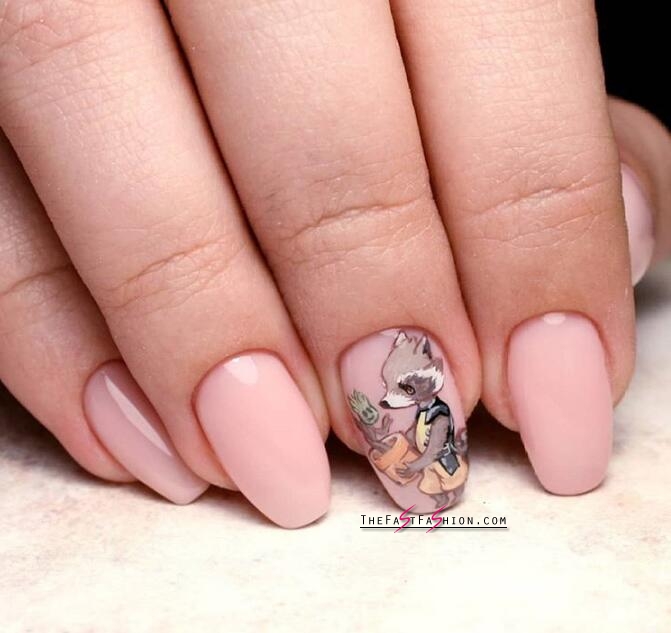 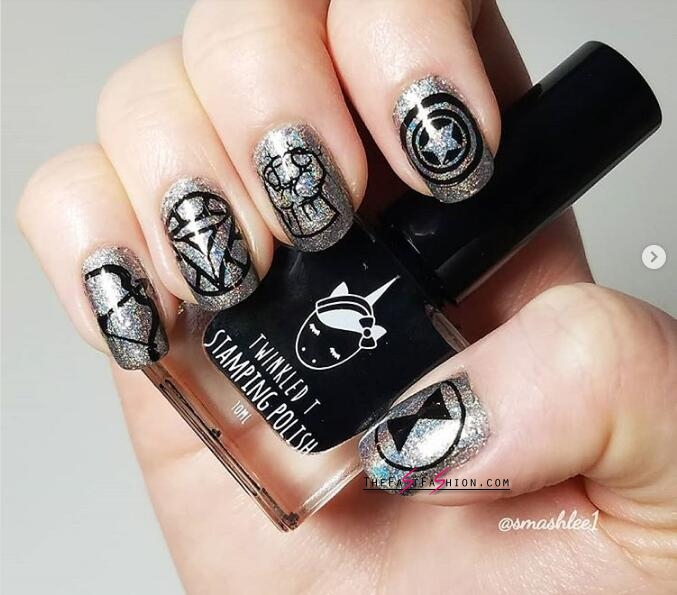 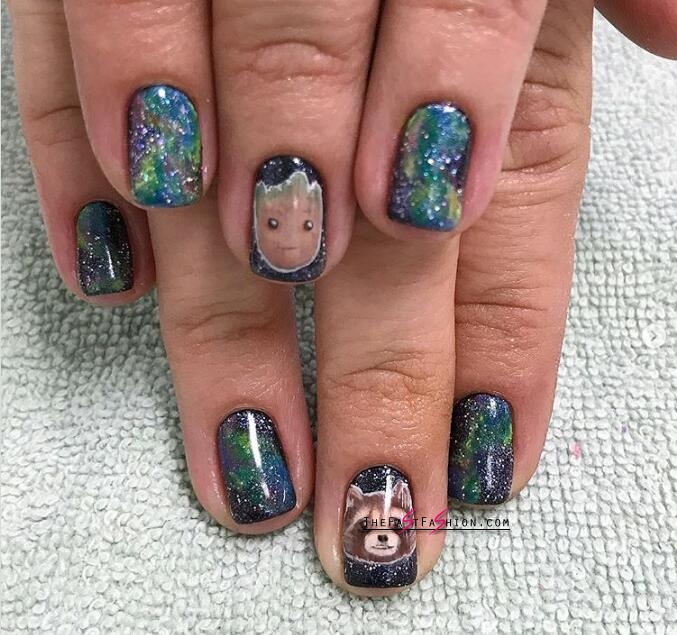 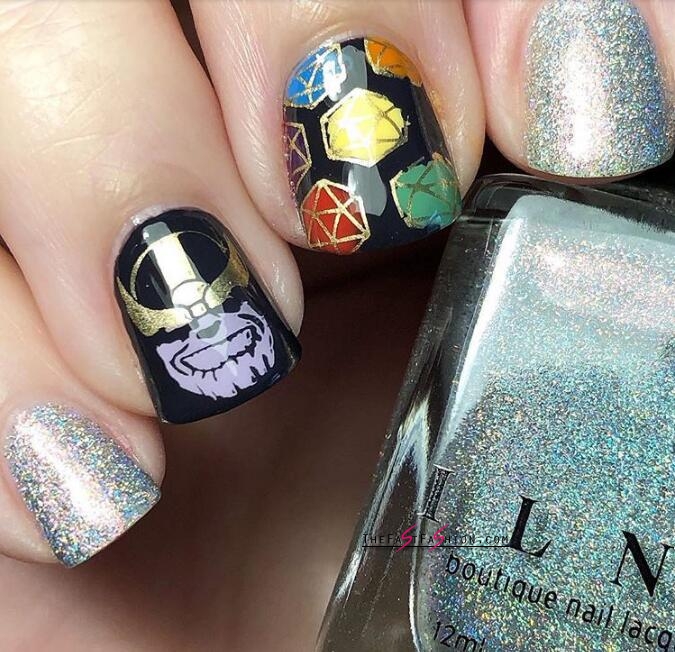