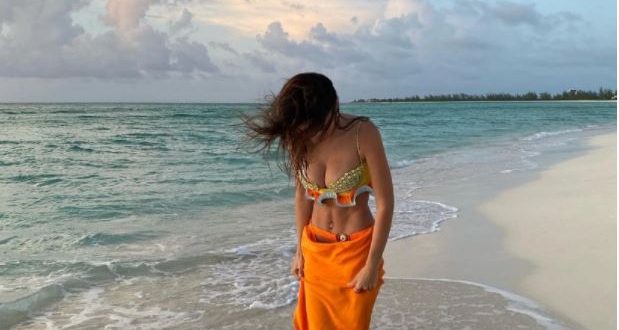 Emily Ratajkowski isn’t the only mermaid in the sea.

The model celebrated turning 31 this week with a tropical vacation, joined by her husband, Sebastian Bear-McClard, and their three-month-old baby, Sylvester.

After modeling mommy-and-me swimwear on her “bday eve,” Ratajkowski slipped into a slinky orange skirt and tiny embellished bustier, both by Versace.

While her cutout skirt is still available in black for $795, her top, which originally retailed for $3,195, is sold out.

Fittingly dubbed a “mermaid bra” by British Vogue, the eye-catching piece — which debuted as part of Donatella Versace’s undersea-inspired collection earlier this year, features two crystal-covered shells over the chest and a playful blue-and-orange ruffle under the bust. 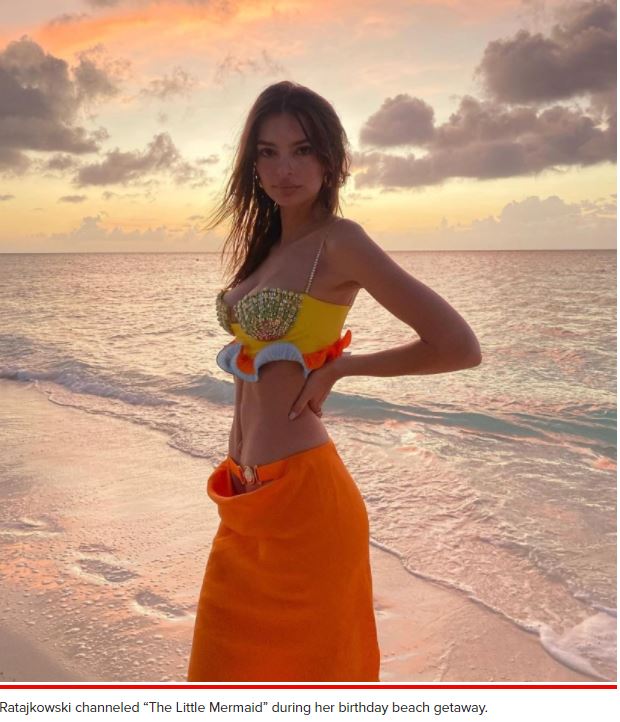 While Ratajkowski sported the bra in its natural habitat on the beach, she’s not the first to model the high-fashion creation; Hailey Baldwin starred in the Italian fashion brand’s Spring 2021 campaign wearing nothing but the top, and holding a lavender purse over her bottom half.

She later sported the same style on the cover of Elle’s April 2021 issue. 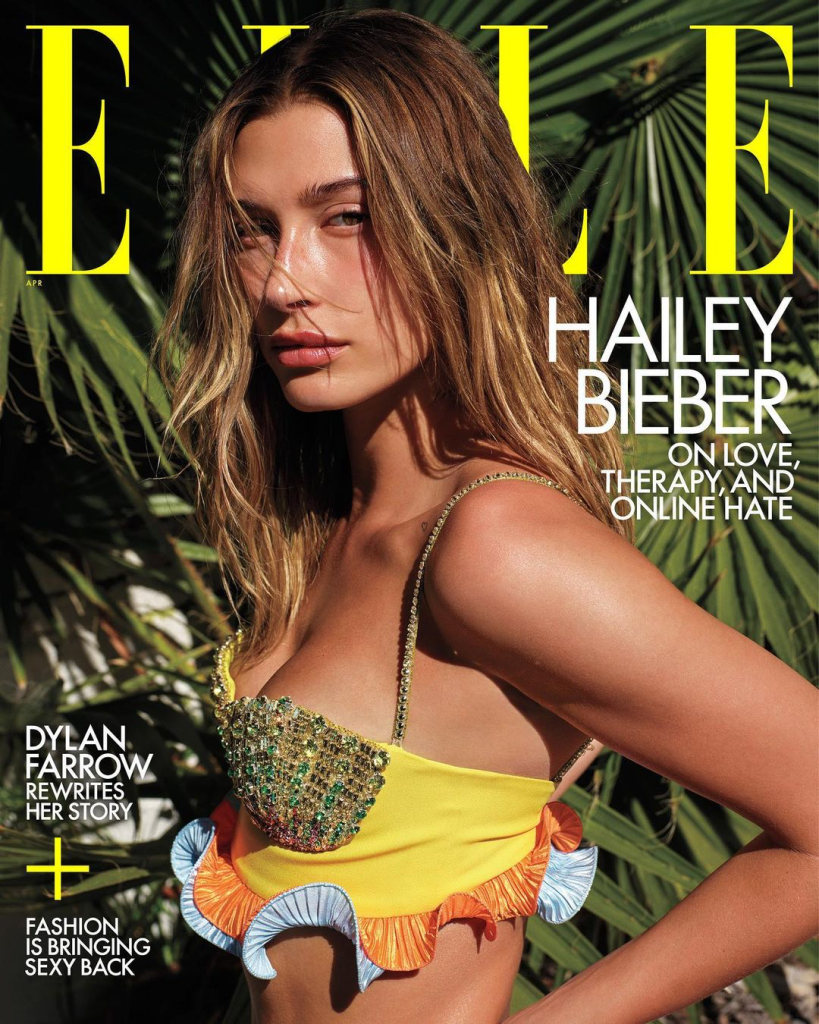 Ratajkowski clearly can’t get enough of Versace’s ocean-themed collection; she also sported the label’s starfish-embellished midi dress during her birthday getaway, a look first seen on Gigi Hadid in the February issue of Vogue. 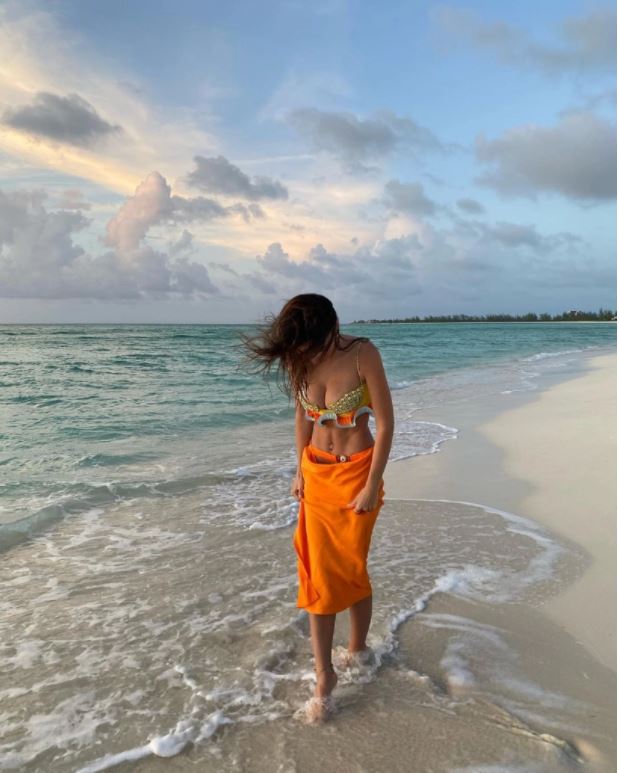