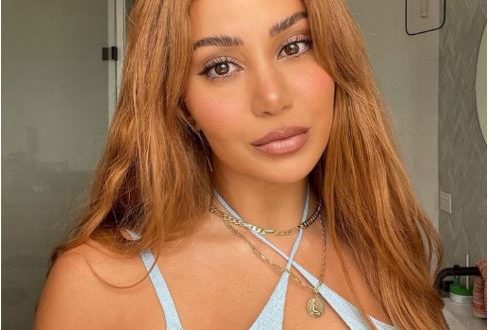 Married at First Sight alumn Martha Kalifatidis isn’t afraid of baring some skin on her Instagram account and has stunned her fans with her latest topless selfie.

However, while her “bangin bod” drew much attention, some of her followers were more interested in the background of the image. 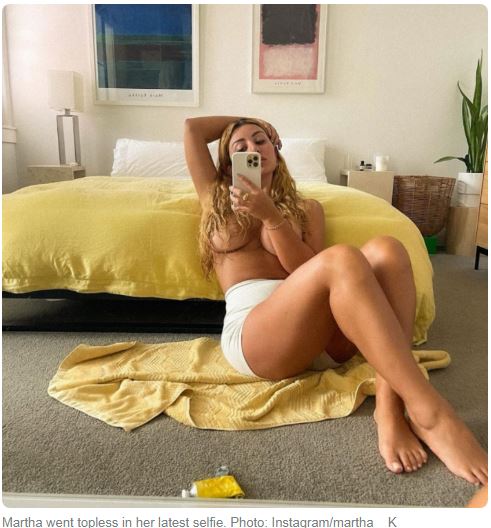 The photo shows the reality star wearing nothing but white bike shorts, with only her wavy hair pulled forward over her shoulders to cover her boobs.

A tube of Bangn Body firming lotion can be seen on the floor beside the former reality star.

The $48 lotion is packed full of ingredients that claim to reduce the appearance of cellulite, stretch marks and scarring.

Martha’s followers loved the photo, with fire emojis and love hearts filling up the comments section, as it gained over 40K likes in half a day.

Some of her fans called her “queen” and “goals”, but there were a few who seemed more interested in her bedroom decor.

“Nice yellow doona cover. Where is it from?” one fan asked.

“That’s a really nice bedside lamp you have,” another person pointed out, while a fourth wrote: “Ummmm those wall paintings ” 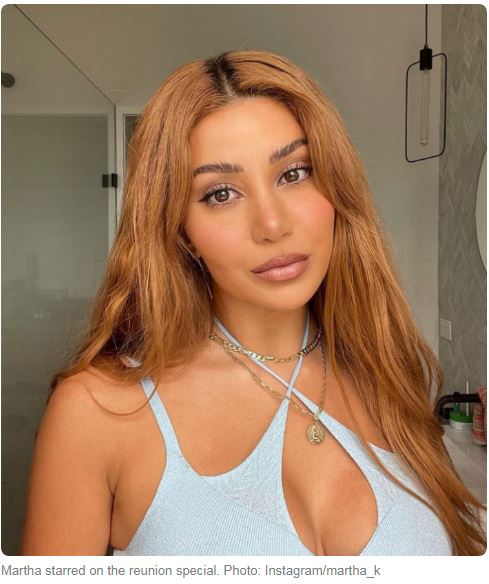 Martha and her partner Michael recently featured on the drama-filled MAFS Grand Reunion special alongside other past couples from the controversial series.

Tension simmered between Martha and ‘Cyclone Cyrell’ at the reunion dinner table, but in the end it was Jessika Power Cyrell had a bone to pick with.

Martha said she was actually nervous Cyrell would turn to her next.

“I was petrified, I’m not confrontational I’m like all bark no bite that’s me. I like to say a few little things that I would never ever become physical, ever,” Martha said on Nova’s Fitzy & Wippa Show.

Previous Pair of rare Nike sneakers designed for Barack Obama on sale for $25K
Next ‘British Black-Owned Beauty Brands, You Need to Know About