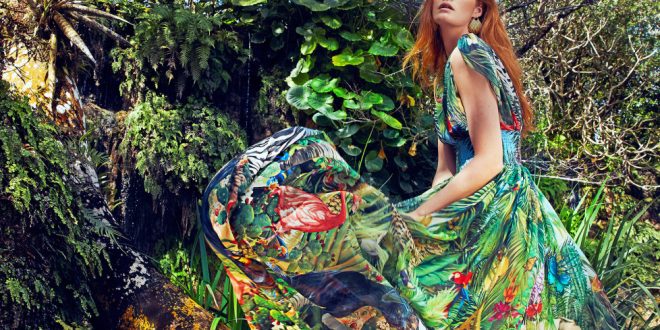 Victoria’s Secret Angel Alexina Graham wears her beauty lightly. She regularly posts makeup-free selfies and goofy dance videos on Instagram. And when she was worryingly ill with the coronavirus in March, she shared pictures of herself on an IV in the hospital and dozing on her sister’s lap at home in England.

As soon as she recovered, the fun-loving model was up to her old tricks. She ‘Grammed a clip of herself balancing a glass on her head while her sister filled it with wine. 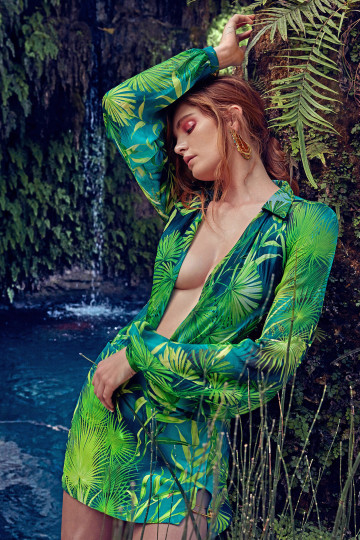 Graham has always focused more on her personality than her looks. As a teenager, she was taunted mercilessly about her appearance.

“People called me ‘carrot top’ and ‘giraffe,’ ” the 30-year-old supe told Alexa. “I was very skinny, I had bright red hair, braces and no boobs at the time. I was an easy target.”

Paradoxically, the fiery locks that made Graham bait for bullies became her greatest asset. By the time she was 18, the 6-foot stunner had placed third in the Ford Supermodel of the World competition and starred in a coveted Burberry ad. She was a face (and mane) of L’Oréal for four years, graced the covers of French Elle and Harper’s Bazaar Serbia, and worked with top photographers like Ellen von Unwerth and Mario Testino. 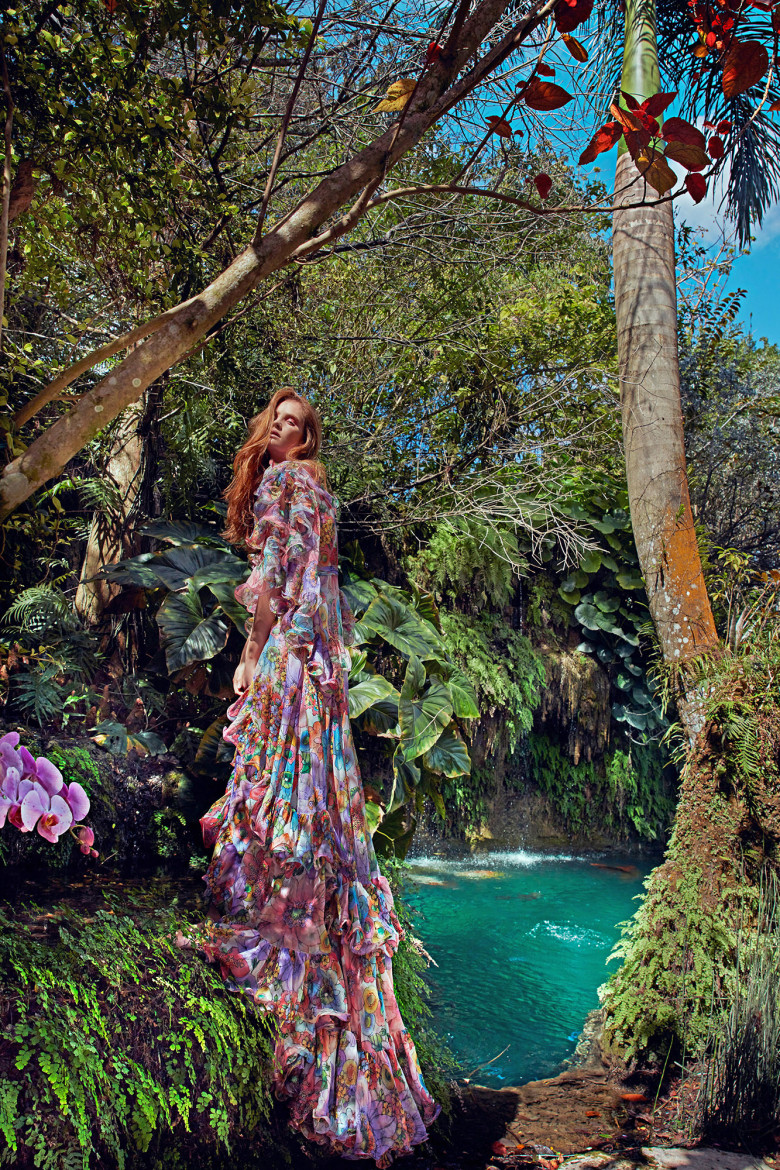 Landing such a high-profile contract not only confirmed her status as a ginger-pride icon; it also gave her a global platform to help children who are being bullied. She frequently posts empowering messages and videos on her Instagram and YouTube channel, with hashtags like #redheadsdoitbetter.

“I’ve had so many redhead children or their parents message me on social media saying things like, ‘I showed my daughter or my son your profile and they get bullied at school. They can’t believe there actually is a redhead on billboards now,’ ” she said, referring to the ubiquitous outdoor advertising of Victoria’s Secret. “It’s usually blondes and brunettes. They love that there is actually a redhead representing us.” 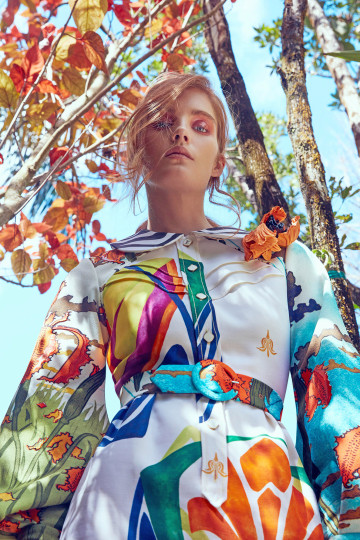 Having been badly bullied at school herself, Graham knows how much it hurts. “I hid in the bathroom a few times on breaks, so I wouldn’t have to see anybody. I remember I went home and cried,” she recalled, adding that she always had the support of her family and a group of friends.

She coped by developing an outgoing, playful personality. “I was a class clown,” she said. “I used my humor to make people happy. I get that from my mum.”

Graham was raised in a small town near Nottinghamshire in the Midlands. Her parents divorced when she was 3, and she lived primarily with her mother, now a shop-owner, her stepfather and sister. She saw her father, a university lecturer, on weekends. As a child, her hobbies included dance classes and theater, which she credits for her ease in front of a camera. 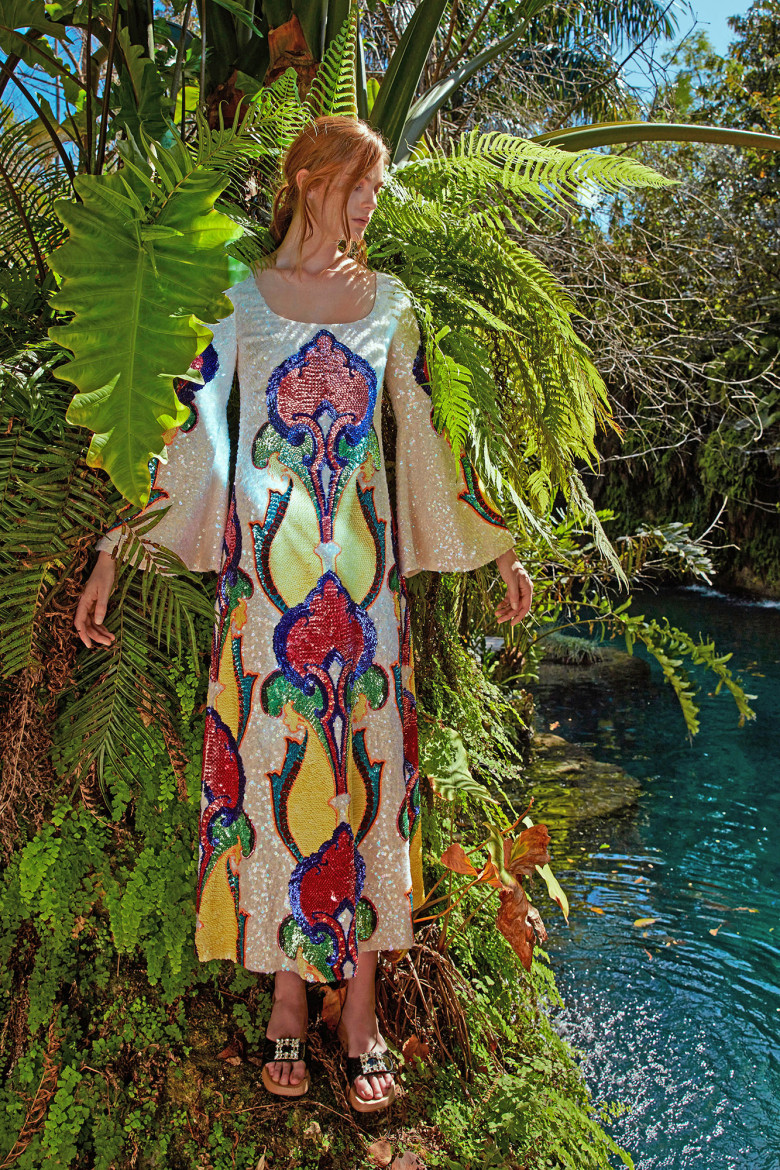 After briefly studying to be a midwife — perhaps not the best occupation for someone with an aversion to blood — she entered the Ford modeling competition. Six months later, at just 18, she moved to New York to begin her career.

“It was the first time away from my family, and I remember crying a lot when my mum left,” said Graham. “I had no friends, and I was just put into a model apartment.”

The strutter — who keeps an apartment in New York after a six-year stint in Paris — has been staying with family back home since the pandemic began. She describes herself as a “hands-on aunt” to her sister’s young twins.

One of Graham’s first magazine jobs involved posing with dead fish, dead spiders and live snakes. “The dead fish smelled so bad!” she recalls with a shudder. “They put three snakes over me. One was on my head and came down my face.” A consummate pro, she kept calm and carried on. 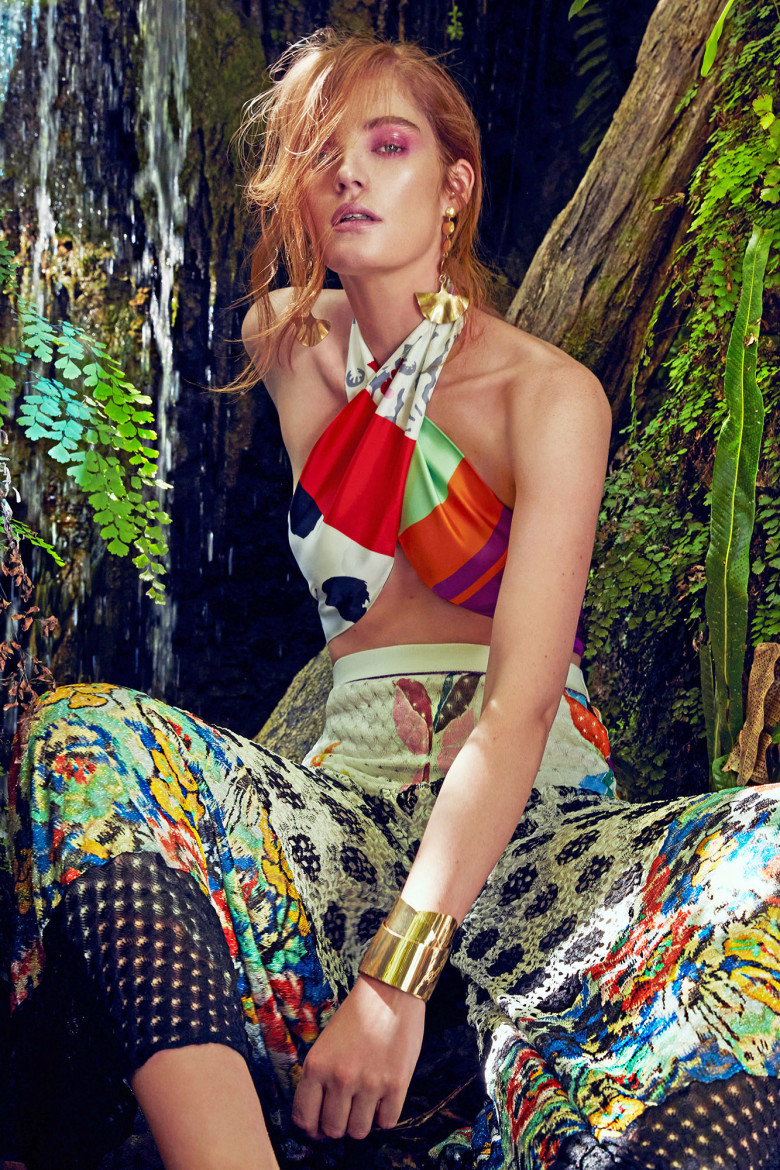 “I have boobs, so I always thought I couldn’t really do shows,” Graham says. “But he’s always included different body types. He called me his English rose, which was really sweet.”

She walked in Gaultier’s final couture show in January, which featured more than 175 looks, celebrity catwalkers like Paris Jackson and Dita Von Teese, and performances by Boy George. “It was more like a theater production,” says Graham, who made a backstage video of the extravaganza for her YouTube channel. “It was very emotional and everyone cried.”

While Graham loves strutting her stuff in outrageous finery, her personal style is more low-key. “I grew up being a tomboy and I’ve carried it on,” says the natural athlete. “I’m always in jeans and a hoodie. I wear a lot of black. I love Isabel Marant. She’s got some new jeans — they’re big and baggy, but they look stylish at the same time. I’m a big Nike fan.”

Her lingerie collection is appropriately epic. “I have at least 100 bras,” she marvels. “Victoria’s Secret sends me everything. I keep them neatly folded up and organized by type in my chest of drawers at home.”

Voluptuous Graham has never shied away from modeling lingerie and swimsuits — or even less. “You need good light,” she says. “I like some sort of shadow, because it contours your body.”

The real key to a seductive skivvy pic, though, is confidence.

“Love the skin that you’re in,” she said. “That’s a big thing these days, and it really comes across in photos.”

Previous Apple revealed that the iPhone 12 is delayed.
Next Ashley Benson says everybody should own these three style essentials 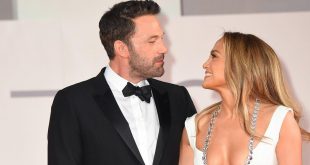 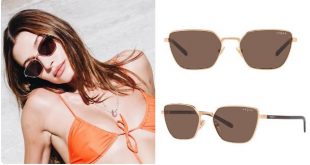 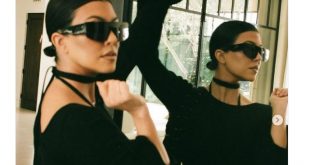 Kourtney Wore A Swimsuit With The Most Cut-Outs I’ve Ever Seen, And Her Abs Are 🔥 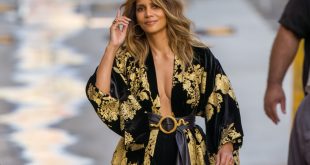 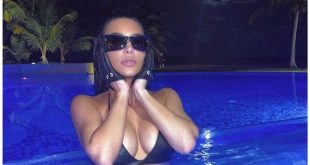 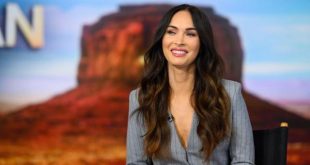 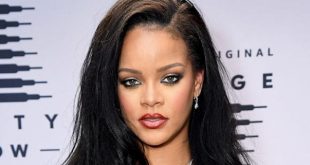 Rihanna has shown off her 2022 Valentine’s Day lingerie look on Instagram and she, predictably, looks insane. ...