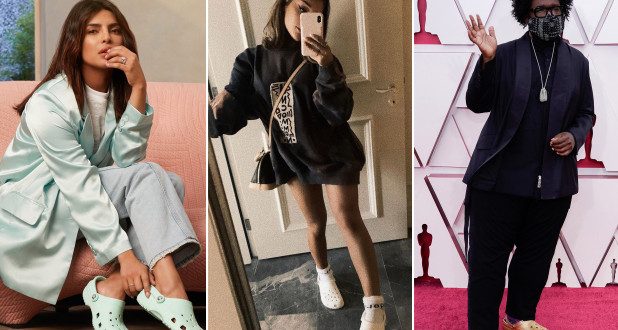 Why ugly-cool Crocs have stood the test of time

Imagine explaining to someone 10 years ago that the hottest shoes of 2021 are Crocs.

Yes, Crocs. The holey rubber utility shoes beloved by hard-working chefs, kids on the go and gardening grandmas. The ones that, in 2008, “Project Runway” guru Tim Gunn described as looking like “a plastic hoof” and said: “If you want to dress to feel as though you never got out of bed, don’t get out of bed.”

But trendsetters like Justin Bieber, Post Malone, Priyanka Chopra and Bad Bunny have all released exclusive collaborations, often decorated with goofy charms called Jibbitz, with the brand in the past few years.

It’s paid off. Shares in the company — founded in 2001 and launched at the Fort Lauderdale Boat Show, of all unfashionable places — hit an all-time high last week, with sales surging to $460 million in just the first three months of 2021. 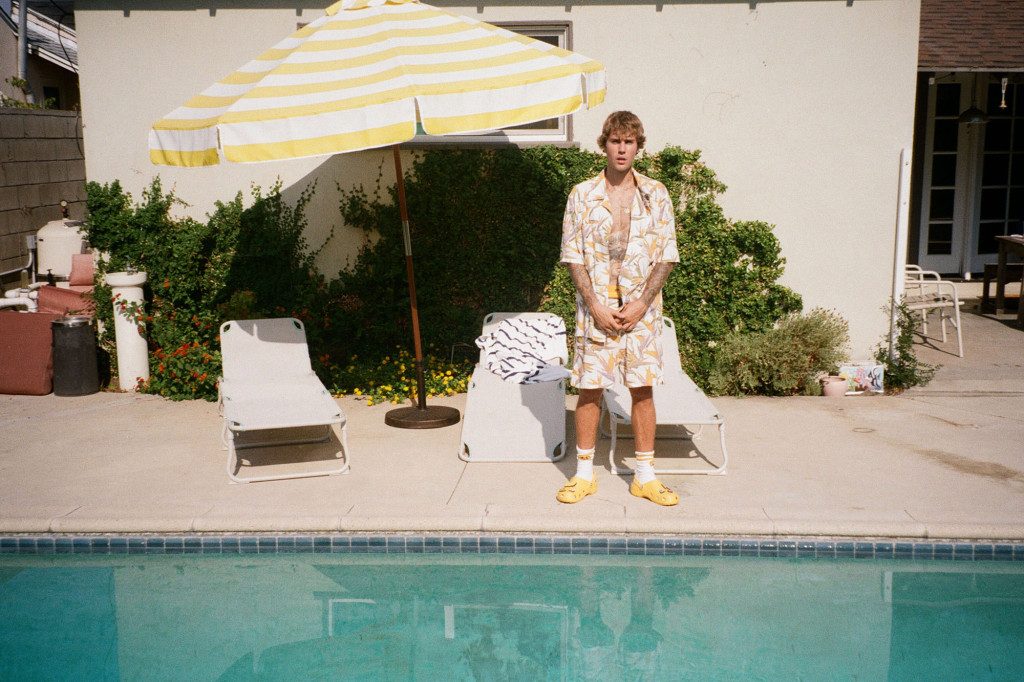 And while the pandemic lockdown had everyone ditching their heels and leather loafers for more comfy options, it’s not solely responsible for the Crocs boom, says Noah Zagor, senior menswear editor at WGSN, a trend forecasting group.

“We were heading this way anyway,” Zagor told The Post.

He links consumers’ embrace of the bulbous, aggressively unattractive shoes with the larger dad-core trend in fashion.

“It coincided with resort Hawaiian-style shirts” having a moment, and is part of a “crunchy, tourist, granola-style backpacking” aesthetic, he said. 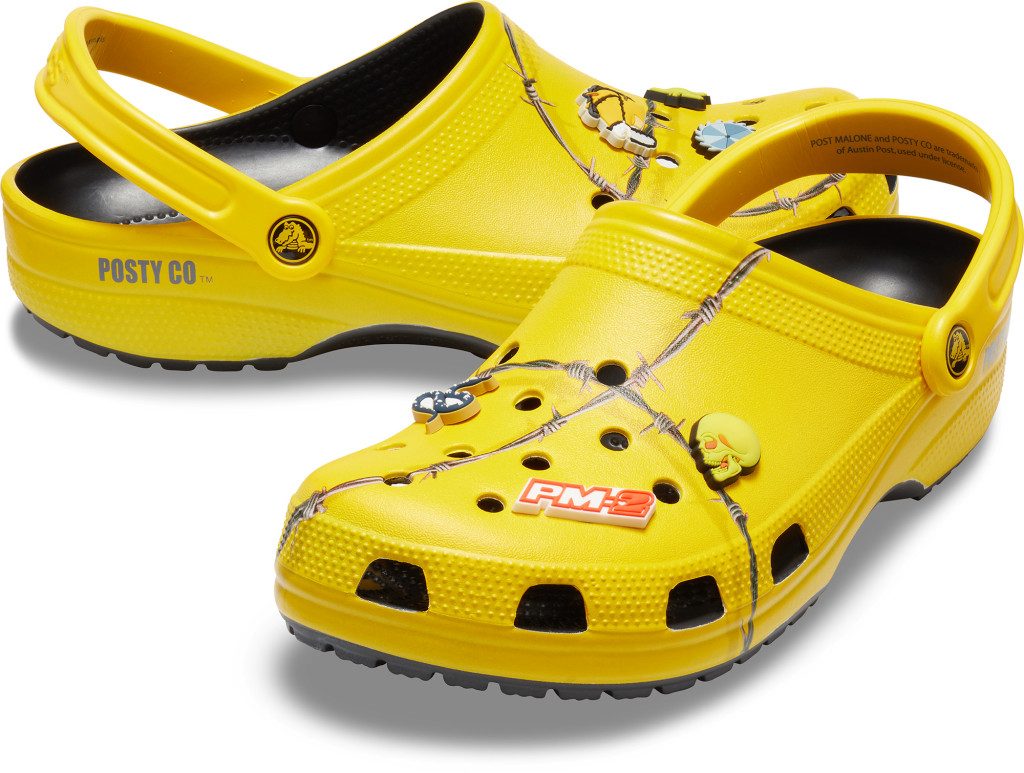 Besides, while older people may remember them from the aughts as the ugly shoe, “I’m sure there are teenagers out there who see the Bad Bunny pair and have no negative connotation to Crocs,” he said.

Another bonus: Crocs come in bright colors and designs. “We’re all so joyless,” writer Lauren Mechling, who runs the popular Instagram page @TheClogLife, told The Post. Crocs have “almost a clownish jolliness” to them that’s much needed during the pandemic.

Starting around $50 a pair for adults, they’re also affordable.

“Many of us are unemployed or underemployed, Crocs are super cheap” and cost significantly less than trendy (and expensive) Rachel Comey or No. 6 clogs, Mechling said. 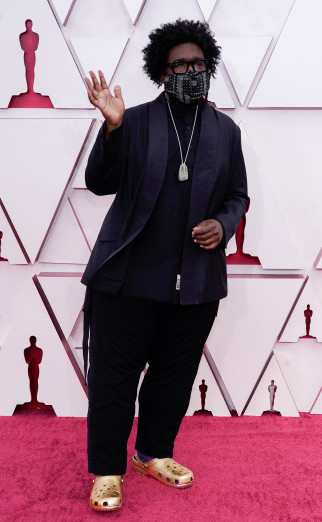 Although her followers originally protested when she posted pics of Crocs, they’ve changed their tune as celebrities continue to be photographed in them. Questlove rocked them on the Oscars red carpet last week, and Nicholas Braun of “Succession” fame wore them to the Emmys in September. When Vice President Harris’ step-daughter Ella Emhoff released a line of knitwear in February, she stated that “the dress is only allowed to be worn with Crocs.” Fashion icon Heidi Klum sported a yellow pair in January.

But not every star is on board. Last week, Victoria Beckham said she would “rather die” than wear the Crocs sent to her by Justin Bieber. “Queer Eye” style expert Tan France is equally turned off by the style. “Don’t wear Crocs … because nobody will sleep with you. If you want to remain celibate, wear Crocs,” he said in 2020.

And though life is beginning to return to normal and sales of “business” clothes are on the rise, Zagor doesn’t expect we’ll see the death of Crocs anytime soon.

“I don’t think they’ll fade away from the fashion light for a while,” he said. “I think guys are just going to have Crocs in their arsenal of footwear, with loafers, a pair of Air Force Ones, Vans or Chucks.

“It just becomes, ‘That’s a practical shoe to have in my life,’” he said.

As for women, Chopra — who, don’t forget, is a brand ambassador and paid to say things like this — speculated about how she would wear them to a big event. 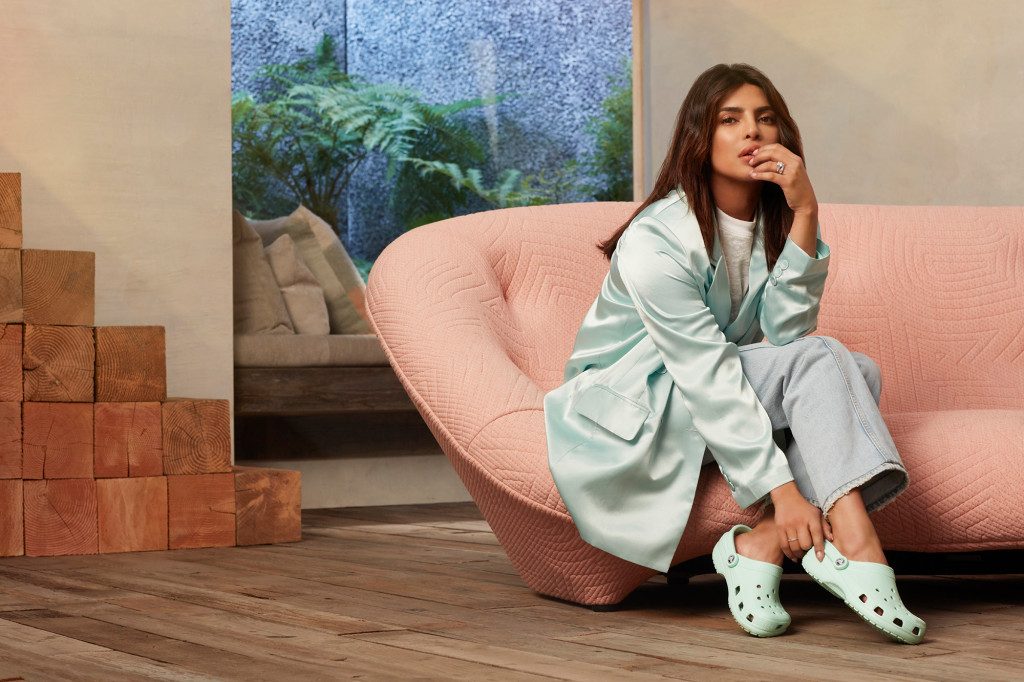 “If I were to wear Crocs on a red carpet, I would wear the Crocs sandal because it has a heel. And I would wear that with a dress that had a slit, so that you can see one side of the leg and it would add length to it,” she told Elle.

We’ll believe it when we see it.