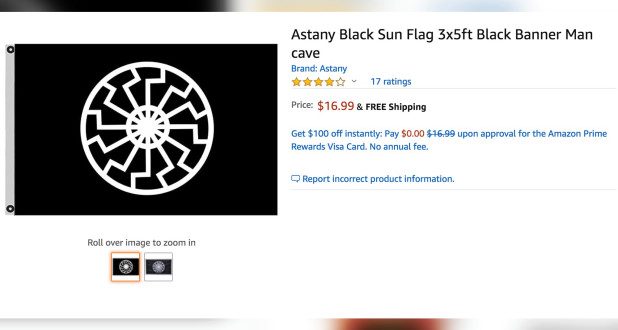 Tech giants Amazon, Google and Wish have finally removed Neo-Nazi and white supremacist products sold on their sites after an investigation led by the BBC.

While all three companies proclaimed racist products were prohibited on their platforms, the BBC easily found white-supremacist flags, neo-Nazi books and Ku Klux Klan merchandise being offered on the sites.

To make matters worse, if you clicked on an item, algorithms for Amazon and Wish lead to you to more “similar” items, encouraging more hateful shopping.

While one shopper noted in a June review that “this is a neo-Nazi flag. Amazon should not be profiting from this” — another commented the flag would be “good for use in parades” and thanked Amazon for “making it happen.”

The listing also recommended another controversial flag — the symbols on the flags worn by the Christchurch gunman when he killed 51 people (mostly Muslims) in 2019.

Meanwhile, Wish took down Ku Klux Klan-themed products, after being contacted by the BBC — and “related items” including a hood and a Celtic Cross. 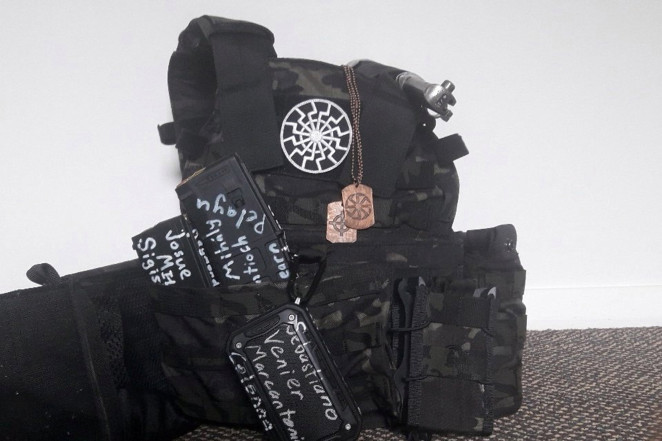 “The products in question are no longer available and we’ve taken action on the bad actors that offered the products and violated our policies,” Amazon told the BBC.

Similarly, Google said, “We don’t allow ads or products that are sold on our platforms that display shocking content or promote hatred. We enforce these policies vigorously and take action when we determine they are breached.”

A rep for Wish told the BBC it was “working hard to remove these items and taking additional steps to prevent such items appearing again.”