Someone is asking people on the internet about a bizarre pair of photos.

The pictures were snapped in quick succession. In one, we see a simple image of a a lawn and trees, bathing in the light of a full moon.

But then a small figure seems to appear in the second, blurred in the shadows moving from left to right.

Of course, there are plenty of possible explanations. Some sort of animal? A trick of the light? Who knows, but the photographs are causing people to ask questions.

Obviously, some think it’s a ghost 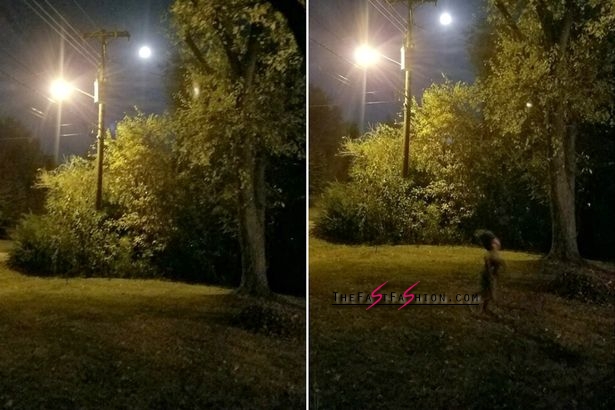 The photos were posted to Imgur by MeTarzanYouJane, who wrote: “A family member of mine snapped these two photos on the night of the abnormally large full moon.

“The time frame between the two photos was approximately two seconds. What interested me is neither of these family members have heard of photo shop; much less used it.

“This was taken in the front yard of a house they had recently purchased and hadn’t even completely moved into. Things I have noticed that intrigue me: it appears to be on two hind legs, it produces a shadow in comparison to the first photo, and it is mostly opaque besides it’s what I assume is a face.

“These things excluded it from being a smudge on the lens for me, because smudges don’t produce shadows.” 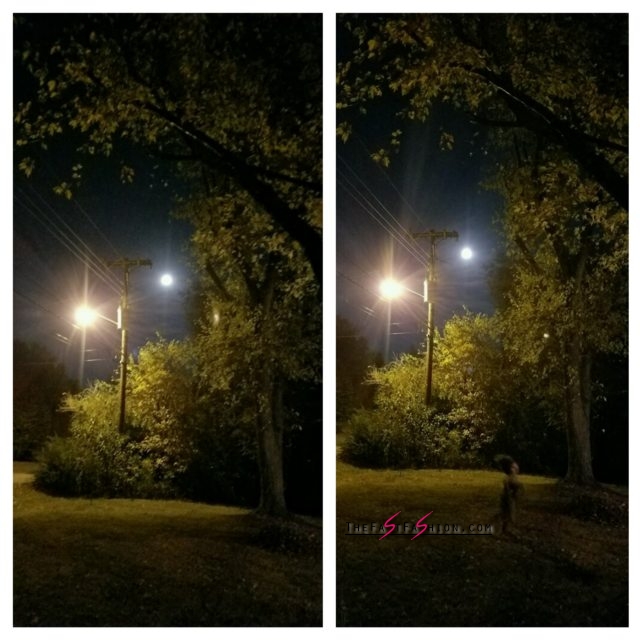 MeTarzanYouJane assures people that he didn’t doctor the image. You choose whether you want to believe it.

On this Reddit thread, there are numerous explanations. Photographers are fascinated.

We like this idea best – because, you know, the mysterious and the supernatural are a more thrilling proposition than a broken lens, aren’t they?

No, thanks.
Previous Sienna Miller’s best looks and why we love her style
Next Look pretty in pink and gorgeous in yellow like Amy Adams and Felicity Jones with our high street steals