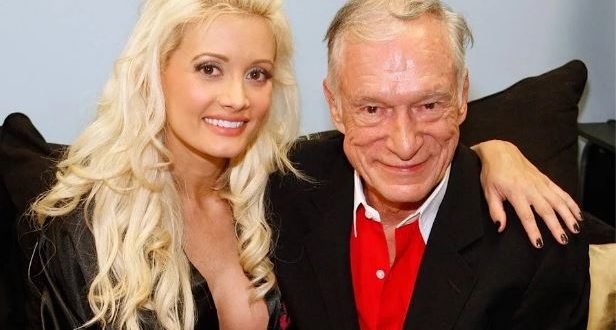 Former Playboy Bunny Holly Madison has said her first night with Hugh Hefner as one of his girlfriends was a “traumatic experience”.

The model and TV presenter recalled her first “date” with the Playboy mogul, who died in 2017 aged 91, and said he was “literally pushed on top” of her after they returned to the Playboy Mansion that night.

Madison, who began dating Hefner at age 21 and dated him between 2001 and 2008, told the Power: Hugh Hefner podcast that she had been “nervous” about the evening but she was hoping to be invited to live in the mansion.

She went to a club with Hefner and some other women before following them back to the mansion, she said.

“I didn’t really know what went on with them sexually. I knew there must be something and I was prepared for that. I wasn’t prepared for what would eventually happen,” Madison said.

She added she was not “necessarily expecting to have sex that night” and thought it would be “more of a first date”.

“I thought it would be more the type of thing where I saw what happened, saw what was going on. If I wasn’t comfortable with it I wouldn’t have to do anything and I could mae my decision on whether I wanted to come back for date number two or not,” she said.

However, she was “wasted” once they had returned from the club, Madison said, adding that she was “not expecting to be the first one to go that night”.

“He was literally pushed on top of me,” she said. “And after it happened, I was just mortified and embarrassed and it had way more of an emotional impact on me than I thought it would.”

Madison said she had “really looked up to” Hefner, but was “horrified” by the idea that others knew they had had sex.

“It wasn’t that the idea of possibly having sex with him repelled me so much,” she explained. “I know that’s not relatable to a lot of people because they’re like: ‘Oh, he’s an old man, gross’.

“It was more the group aspect that was really out of my comfort zone and just the feeling of: ‘Wow, okay, that happened. Everybody knows it happened.’

“I kind of all of a sudden felt like everybody was going to know about me, and I was horrified by it.”

Madison published a tell-all book titled Down the Rabbit Hole: Curious Adventures and Cautionary Tales of a Former Playboy Bunny in 2015.

In the book, she opened up about having depression while in the mansion, but was not allowed to get professional help.

She told Stylist after the book was released: “I asked [Hefner] for help, and he told me I wasn’t allowed to see a psychiatrist. He knew they’d advise me to leave. It wasn’t about what was best for me. It was about him maintaining control.”