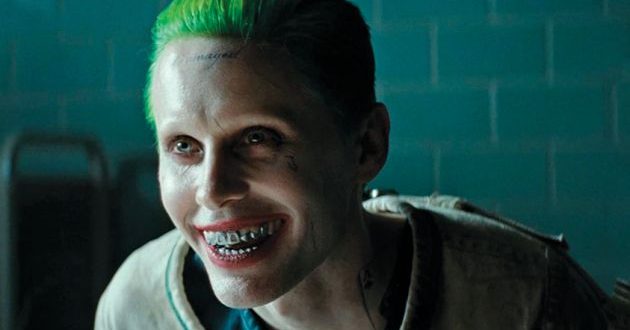 Jared Leto is returning to the DC Comics fold, reprising his role as the Joker from 2016’s “Suicide Squad” in Zack Snyder’s new version of “Justice League.”

It’s unclear whether Leto was always meant to appear in “Justice League” before Snyder left the feature in early 2017 in advance of significant reshoots by filmmaker Joss Whedon, or if Leto is a new addition given the four-hour length the upcoming Snyder Cut, which will premiere on HBO Max in 2021.

Regardless, Leto is joining other actors from “Justice League” this week for additional photography on the project.

“Batman v Superman: Dawn of Justice,” also directed by Snyder, features a shot of the costume for Batman’s sidekick Robin with “Ha Ha Ha Joke’s on you Batman” spray-painted overtop — a reference to the Batman comic storyline in which the Joker kills Robin. Leto’s appearance in “Justice League” could further unpack this storyline within the DC Films universe.

In 2019, Leto told Variety he was still interested in returning to the role of the Joker. “I would definitely play the Joker again,” Leto said. “It all depends on the script and the circumstances, as it always does.”

When “Suicide Squad” opened in 2016, reports circulated that the actor went so deep into the character that he sent castmates disturbing gifts, including a live rat to Robbie and a dead pig to Viola Davis.

Leto did not appear in Robbie’s next outing as Harley Quinn, “Birds of Prey”; and he’s not expected to appear in James Gunn’s follow-up “The Suicide Squad” next year. (Robbie and Davis are reprising their roles in that film.)

Variety has also confirmed that original “Justice League” producers Geoff Johns and Jon Berg will not be credited on the new Zack Snyder version. Sources close to Johns say he was not involved with the Snyder Cut since it was announced in May, and his lack of a credit is not related to subsequent allegations by “Justice League” actor Ray Fisher that Johns and Berg enabled allegedly abusive behavior by Whedon on the set of the reshoots. Fisher, meanwhile, is also expected to participate in the additional photography for Snyder’s new version of “Justice League.”

Previous Bodysuit with high-cut crotch ridiculed for looking like mankini
Next Amanda Herdeiro: 15 Hottest Photos On The Internet